Skiing in the UK offers a unique opportunity to explore the beautiful, rugged areas of northern England and Scotland. Despite being fairly low-altitude and struggling with unpredictable snow conditions, the UK is home to some of the most avid ski fanatics in Europe. The diehard attitudes of the volunteers at the smallest ski areas go a long way towards making up for their limited terrain and facilities. Snow conditions in the UK are variable so don’t be surprised if you show up one day and the ski area has closed, either for too much snow, too little snow or not enough staff.

For the same reason, the ski season at these resorts tends to be shorter, sometimes even only a few weeks or a few months. However, they do a very good job of capturing what little snow there is, with some areas capable of opening on just a few inches of snow. Scotland has some decent ski areas; the largest one, Glenshee, has 36km of pistes. Most ski areas are geared towards beginners, but there are almost always terrain parks, as well as good steeps at Glencoe and fantastic off-piste at Nevis Range. Cross-country skiing is also possible in many areas. Northern England mostly has much smaller ski areas run by clubs of dedicated volunteers. Although the facilities are quite basic, the vibe is convivial and friendly. These ski areas often have restricted access for non-members, but it’s usually quite easy and - cheap - to buy a membership.

Beginners and expert skiers alike will be able to find something in the UK, from nursery slopes to off-piste skiing. Most ski areas in Scotland offer lessons for all abilities and good beginner terrain, including some magic carpets. Although the ski slopes in northern England are not all that difficult, using the facilities requires a certain level of know-how so it is not recommended to learn skiing for the first time there. As far as ski resort life, most ski areas rely on neighbouring towns to provide accommodation and a bit of an après-ski scene.

Ski season in the UK runs from about December to April; the best time for snow cover is January or February. The ski areas are so small that they fill up very quickly and can be very crowded, for example, during school holidays. It’s not the Alps, but the UK is a great option for your pocket and for your schedule. With many low-cost carriers flying to cities such as Inverness and Aberdeen, it’s possible to keep an eye on the snow forecast and book a last-minute trip up north. The ski areas in the north of England might be easier to reach for some, though it’s worth keeping in mind that access roads can be primitive and sometimes a shovel is required to dig out a parking space. Lift pass prices all around are markedly cheaper than their counterparts in the Alps. 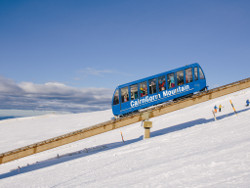 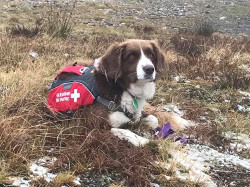 The Scottish ski resort of Glenshee is the first ski resort in the UK to have an avalanche rescue dog. To the delight of her faithful owner, border collie-springer cross Bodie passed all her tests last year and began working this winter in time for avalanche season in Scotland. Bodie will be an invaluable addition to the avalanche search-and-rescue team at Glenshee.... More ›

Skiing in England is made possible thanks to the hard work of some very dedicated volunteers, who run the ski clubs and maintain the hills. Most ski areas require you to join the ski club in order to ski, but membership is very reasonably priced. The lift infrastructure might be outdated and the conditions variable, but on good days, skiing at one of England’s own ski resorts is an unforgettable experience and one for the bucket list. Make sure to check conditions and opening times before mak... More ›

Firefighters responded to several fires at the former Sheffield Ski Village last week that are thought to have been purposely set. The ski area, which closed down in 2012 after being completely destroyed by arson, is currently preparing to re-open with an expanded offering of adventure sports and leisure activities. The indoor skiing facilities at Sheffield were once one of the largest in Europe, but since 2012 the site has been home to regular blazes, the last one being in June of this year. ... More ›